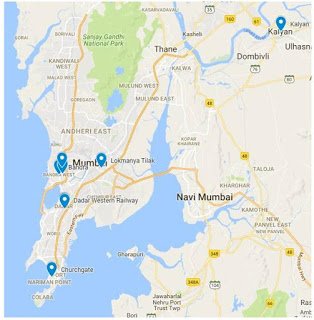 Indian Railways continues to take steps based on new technology to facilitate execution of its various activities, Railway announced through a press release. It has now been decided to introduce modern Optical Character Recognition (OCR) Kiosk Machines for quick and easy printing of tickets booked through UTS App for mobile phones by suburban commuters.

✅ Western Railway (Hqrs. Mumbai) becomes first railway zone to introduce this facility for its Mumbai suburban commuters of Western Railway. This new facility will make printing of tickets much simpler and quicker. Under this facility just by simply placing the screen of mobile phone displaying the SMS of the ticket booked through UTS Mobile App in the designated slot provided in the OCR Kiosk machine and the machine will simply read the SMS and print ticket immediately.

In the first phase, 25 OCR Kiosks have been planned by Western Railway for installation, out of which 20 Kiosks have been installed and became functional w.e.f today i.e. 11th January, 2018 on five Mumbai Suburban Stations of Western Railway namely Churchgate (1 Kiosk), Dadar (6 Kiosks), Bandra (3 Kiosks), Andheri (5 Kiosks), and Borivali (5 Kiosks). In addition, installation of five more OCR Kiosks at Churchgate is under process and will be installed shortly.

How to use CoTVM Ticket Printing Machine ?

The use of these Kiosks will facilitate the passengers to get print-out of tickets booked through UTS mobile app and also reduce the queues at booking counters/ATVM machines thereby promoting transactions through UTS mobile app. Presently, passengers have to feed their mobile number and booking ID received on their mobiles, in the ATVM machines to get their tickets printed or get it through UTS counter. This new facility of simply placing the screen displaying the SMS in the designated slot provided in the Kiosk will also reduce the time of printing of tickets as the machine will simply read the SMS and print tickets immediately.