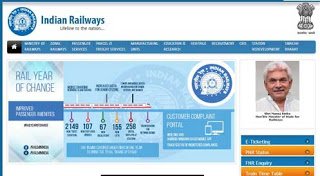 One Ticket, One ID Rule for Reservation Tickets

Indian Railway decides to implement One Ticket One ID Rule for Reservation Tickets to prevent the misuse of the reserved tickets.

For this rule the railway officials hopes to put an end to the menace of illegal transfer of tickets by the touts.

Do yo know:Train Ticket Lost :: What To Do Next  But this rule should be confused with the facility that allows passengers to transfer the tickets in their names to their family members. If a person is holding confirmed tickets and is unable to travel then the ticket can be transferred to his/her family members including parents,  siblings, children’s or spouse.

According to the rule if any passenger’s name on the reservation charts doesn’t match with the one on the ID proof, that passengers will be treated as travelling without a tickets.   Hope this change will reduce number of fraud ticket booking. What is in your mind? please share

PLANNING FOR SAFETY CESS BY RAILWAY

Indian Railway is planning to impose safety Cess for a particular period apart from the funds expected from the finance ministry, innovative methods would be used to generate resources. The Indian Railways is reportedly planning to impose a safety Cess to mop up funds for its proposed Rs 1.1 Lakh Crore, non-lap-sable National Railway Safety Fund (NRSF) so as to upgrade its infrastructure to improve safety standards and avoid accidents.

Even though the railway department is contemplating on seeking about 60% of the funds for the safety program from the finance ministry, it is planning to raise the remaining funds from other measures including a Cess. Child Fare Rule in Trains Railway ID Proof List   In November last year, the Railway Ministry had formed a six member committee to work out a blueprint for the program including the identification of sources for fund generation and areas that need spending. The railways plan to use nearly 20-30% of the funds to upgrade rolling stock and setting up train collision avoidance systems.

However, a significant part of the proposed fund will be used to build rail over bridges and under bridges, track renewals, elimination of manned and unmanned level crossings and repair of railway bridges. A proposal to set up a safety funds comes in the wake of rising number of accidents on its network. It saw 69 accidents between 1 April and 15 November in the current fiscal year.  What is your opinion? Is increasing the Safety Cess will Help Railways plan to stop the accidents and other safety matters.