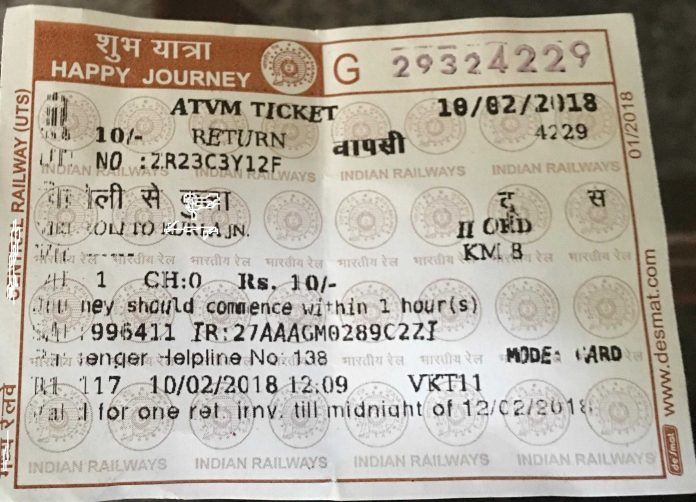 A season ticket is o­ne of the highly subsidized facility provided by Indian railways for the benefit of regular travelers. Passengers who are traveling frequently between ✅ specified pairs of stations are requested to avail the season ticket facility which is highly comfortable and beneficial. It also avoids waiting in the long queue for the purchase of tickets. Railway Season Tickets’ rules, the revised fare of a season ticket, documents needed to book season tickets, details of a season ticket to students, etc are following.

Railways have made provision of extending the validity of season tickets to the number of days lost due to lockdown by revalidating the season ticket w.e.f 01.02.2021 on the production of their season ticket. Following are the details.

Indian Railway made rules and methods for booking season tickets. Following are the details regarding General rules for Train Season Tickets.

Southern Railways announced that as per extant rules, Season tickets are issued upto a maximum distance of 150 Km. Recently, Railway Board has delegated powers to General Managers of Zonal Railways to decide exemptions in the distance limit beyond 150 Km subject to maximum distance limit upto 160 Km for issue of Season Tickets over certain sections.

This facility is helpful for the commuters in twin cities to travel to the destinations like Warangal, Nizamabad, Wanaparthi and Kazipet. It is also beneficial for the commuters travelling between important towns outside the twin cities. It is relevant to mention that up to distance of 150 Kms, the regular issuing of season tickets between any pair of stations will continue as per the existing procedure in vogue.

Season tickets are not valid for travel in reserved coaches and trains.

Season ticket can be renewed 10 days in advance of the date of expiry.

Refund on unused or partially used season tickets is not admissible under any circumstances.

Salient features of Season Tickets and the general Conditions for purchase of season tickets in both suburban and non suburban sections.

Season tickets to students of Scheduled Castes and Scheduled Tribes shall be issued as under: –

Season tickets with stations from and to, via and fare printed on them should be indented for when the sale of such tickets to any particular station is 6 or more in a year. For other stations, ✅ blank season tickets with ‘station from’ printed on them should be stocked and issued by filling the ‘station to’, via and fare in ink

Season tickets available for a period of ✅ one month or three months, as the case may be, will be issued from any date in a calendar month. A Monthly season ticket issued on the ✅ 2nd of April will be available upto and inclusive of 1st May, and the one issued on 30th or 31st of January will be available upto and inclusive of the last day of February. The period of availability of season tickets issued for three months will be reckoned similarly.

✅What is Season Ticket?

A season ticket is a ticket that grants privileges over a defined period of time.

✅How to book a Season Ticket?

✅Which are all the documents required to book a Season Ticket?