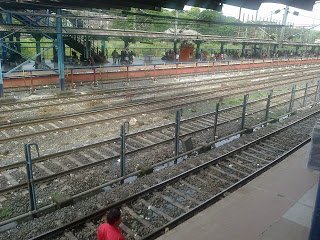 If anybody thrown or deposited waste tends to create unclean or unhygienic or danger  to life, environment pollution , public health, safety and welfare all will attract Railway rule for cleanliness. This law also capable to penalties the person who paste the posters on the Railways bogies. Railway also mention that the definition of Railway premises means Station Building, Platforms, railway track and other property belongs to railway including trains.

This rule also prohibit following cases too, Cook, bath, Spit, Urinate, defecate, feed animals or birds, repair or wash vehicles or any other objects or keep any type of Storage in any railway premises except in such facilities provided are under Railway rule for cleanliness.