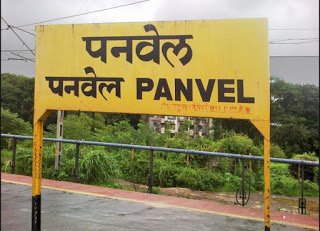 The Parel terminus, in Central Mumbai will consist of one terminal line with platforms on both sides, each 10-m wide and would be constructed at Rs.51 crore. Along with the additional platforms on the west side, widening of existing platforms a Central Foot Over Bridge(FOB) connecting east to west, a sky walk connecting the south end FOB to the Carol Road over bridge and elevated booking offices will be constructed. The suburban terminus is part of the Mumbai Urban Vikas Project, Phase 2, for commissioning the 5th and 6th lines between Parel and Mumbai CST, which has been targeted for completion by 2021 at a cost of Rs. 436 crore. The project work will begin from next month.

Summary of the Project : Parel and Panvel Railway Terminus

Part of Mumbai CST – Kurla 5th and 6th lines a component of MUTP PH-11.
Sanctioned coast of work is Rs.891.00 Crs. and Parel Terminus is Rs.51.00 Crs.
The project is proposed to be commissioned in two phases:-

The completion period for the Parel Terminus work is Three Years.

Railway also decided to construct a long distanced terminus at Panvel, first railway terminus for Navi Mumbai. After the completion of the Terminus work commuters can board outstations trains from Panvel without going to LTT or CST. Three platforms along with foot over bridges and subways for evacuation of passengers also included in the plan. Facilities for stabling trains besides Four washing lines for maintaining coaches at Kalamboli near Panvel are also included in the plan.
Railways planning to double both the Panvel-Karjat single line section and the Konkan Railway to serve passengers going towards the south east and south of Mumbai. The Panvel terminus would be constructed at a cost of Rs. 154 crore. The cost of the Panvel terminus would be shared by CIDCO and Railways.

Summary of the Project : Parel and Panvel Railway Terminus

Facilities are planned for commencement of coaching terminus:-