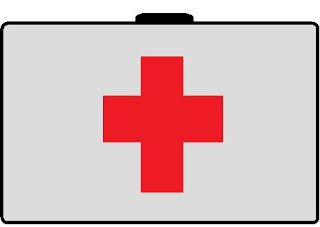 Indian Railways announced on 10.11.2020 via Press release that with the objective of bringing hospital management on a single architecture to prevent pilferage and making operations seamless has entrusted RailTel Corporation of India Limited (“RailTel”) with the implementation of hospital management information system (“HMIS”) an integrated clinical information system for its 125 health facilities and 650 polyclinics across India for improved hospital administration and patient healthcare.

The features of the software extend from customizing clinical data according to the departments and laboratories, a multi-hospital feature that provides cross consultation, seamless interface with medical and other equipment’s and the patients will have the benefit of accessing all their medical records on their mobile device.

RailTel and Ministry of Railways have signed an MOU with regard to the modalities for the execution of the work. The open-source HMIS software is to be deployed over the cloud.

Speaking on this announcement, Indian Railway Board, Chairman VK Yadav said” We are embracing digitization across all spheres and are continuously undergoing change. The HMIS platform will be connected to the Unique Medical Identity System. A Centre of Excellence for Artificial Intelligence (AI) is underway which will drive these technological changes be it artificial intelligence, data analytics or app-based services. Our strategic relationship with RailTel has always been based on merit and they continue to help us implement a variety of projects such as the Video Surveillance System, E-Office Services, Content on Demand,, Wi-fi across major railway stations in India ”.

Speaking on the occasion of its appointment, RailTel, Chairman & Managing director, Shri Puneet Chawla said “Proof of Concept of the HMIS has already been established by the implementation of the hospital management information system in South Central Railway and a pan India deployment is being considered in a phased manner. Traditional forms of record-keeping have its own limitations and we believe that the integration of technology is the only way to achieve scale, cost efficiencies, ease of access besides other benefits.”

Central Railway announced that Pradhan Mantri Jan Arogya Yojana (PMJAY) beneficiary holder gets an e-card, can avail service at any of the empanelled hospitals ( on CR) of any where in the country.

On Central Railway six Hospitals are empanelled under PMJAY. They are

Any person with PMJAY e-card comes to any of these Railway hospital will get necessary secondary or tertiary care free of cost maximum upto Rs.5 lakh per family per year.

Indian Railways in partnership with Impact India Foundation introduced and launched the Lifeline Express-the world’s first hospital o­n wheels, o­n 16th July 1991 from CSMT Central Railway with the aim of providing medical care to the poor free of cost in the most remote corners of the country. The 7 coach train equipped with the state of the art technology has o­n board the most advanced medical equipments and a dedicated team of medical professionals to treat patients and even perform surgeries.

Central Railway’s Matunga Workshop, where the periodical overhauling of this train is done, has played a significant role in this project.

Ministry of Railways is providing the First Aid emergency care and medical facilities at all Railway Stations and in all passenger carrying trains for which Medical Boxes containing wide range of medicines, dressing materials, consumables, oxygen cylinder and delivery kit, Railway announced through a Press Release on 25.10.2018.

The above mentioned items are available with the Train Superintendent/Guard and Station Master/Station Superintendents as recommended by the expert doctors of All India Institute of Medical Sciences (AIIMS), New Delhi.

Any passenger falling sick or getting injured during the course of train journey may contact the railway staff available on-board or at stations for making arrangements for providing First-Aid. All the front-line staff deployed in trains and at stations viz. Ticket Checking Staff, Train Superintendents, Guards, Station Masters etc. are properly trained in rendering First-Aid.

In case of severe medical emergency while travelling, the service of doctors travelling as passengers is also utilised. Such doctors are given concession in the fare and their identity is separately shown in the reservation charts available with the TTE and also displayed in the coach.

Availability of either a railway doctor or private practitioner for providing medical aid is arranged en-route at next station. Station Masters maintain a list of railway/government/private hospitals/clinics and ambulance services in the vicinity of the respective station along-with their address, facilities available and contact details.

In addition, Augmented First Aid Boxes with wide range of medicines, disposable medical material, etc. have been provided with the Train Superintendents / Guards of Rajdhani / Shatabdi Express trains and some nominated trains.

Front line staffs deployed on trains are also trained in rendering First Aid. Trains can also make unscheduled halts, if necessary, at the stations enroute in emergencies. The Station Masters of all stations have details of doctors, clinics and hospitals, both Government and Private, in the vicinity of the station, so that their services could also be availed, in emergencies.   Ambulance service of both Railway hospitals and State Governments are utilized when required.

A pilot project of deployment of doctors in Duronto Trains was undertaken for a period of two years. During the Pilot Project, it was noted that serious patient could not be treated on board and had to be de-trained for medical treatment at a hospital only because the medical equipments, such as ECG machines etc. do not function properly on the trains due to noise/ vibration etc.

The issue of rendering Medical Assistance/ First Aid to the passengers was examined by Hon’ble Supreme Court and it was ordered that a committee of experts be constituted by All India Institute of Medical Sciences, New Delhi and recommendations of the committee be implemented by Ministry of Railways. Accordingly, the recommendations of the committee were obtained and have been implemented, Indian Railway announced through a press release on 04.04.2018.

A three digit number “138” has been allotted for “Railway help line other than Security”. Passengers can dial this number from their mobile phones during emergencies and contact the Divisional Control for the help/ assistance required.

RailTel’s Medical Vehicles in East and South Delhi, which will provide basic medical care to the needy at their doorstep.

Indian Railway Minster inaugurated ‘AYUSH’ (Medical Facilities by Indian Railway) on 24.07.2016 as promised in the Railway Budget 2016-17, to make best use of our traditional, indigenous systems of medicine, ‘AYUSH’ (Ayurveda, Yoga and Naturopathy, Unani, Siddha and Homoeopathy) has been introduced in Railway Hospital, Perambur.

The timings of these clinics are provided below.