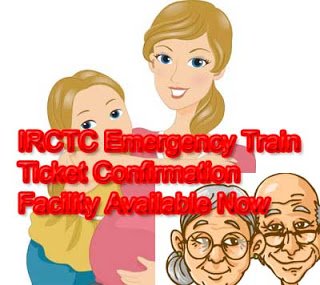 Lots of peoples are not getting confirmed tickets for the Un-planned Train Travel. I know its so bad if you want urgent travel to nearest City for an Interview. Other ways you want to transport your near and dearest Pregnant Women, Elder persons or Sick person etc. and not getting any Confirmed ticket due to heavy rush of passengers for any Festival or Holiday season. Hope this movement of railways will definitely help the right person who needs an emergency ticket and serve the Railway just like Indian’s values helping mentality. Details of Emergency Train Ticket confirmation Facility.

Now onwards you can relax in this situation because Southern Railways launching new service where the facility to get Confirmed ticket priority change for the desired one. Southern railways this initiative is considered to be India’s First of such one.

Southern Railways Setup an Emergency Cell where an Officer will ensure that Tickets are Released under the Emergency Quota after the verification of Genuineness of passenger. So it’s clear that Railways will Issue these Emergency Quota Train Tickets for the Right persons who needed.

Following are the key aspects of this initiative

The highest priority will considered for the following situations

You can contact any of the following numbers to get considers consideration of your train ticket under Emergency.

Southern railways announced division wise contact details for these services. SR railways will release the contact details of Sr. Divisional Commercial managers (DCM) will be the nodal officer on next week as per the announcement.

Railways announced that this facility will provide only for Army persons who travelling on Short Distance, Elder persons, Unwell Peoples, Pregnant Women, Women Travelling Alone, Students Traveling for Interview and Children who need Assistance in Emergency etc. The Special Cell for Emergency Ticket confirmations can be used for other Emergency situation handling situations like Ambulance, Medicines and Wheel Chairs too.

A similar kind of facility already exists on Indian railways where users can request their requirement to corresponding DRM and GM of Railways to handle the emergency.  But the new Special Cell will work entirely separate.

What is your opinion? Did you think that this Facility will handle all the emergency IRCTC ticket requirement?