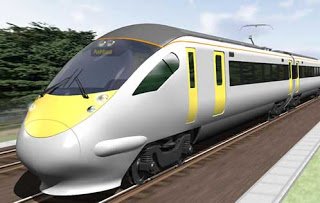 BULLET TRAINS IN INDIA: The Fastest Train Service In India

Ministry of Railways has undertaken feasibility studies for some routes namely Delhi-Mumbai, Delhi-Kolkata, Mumbai-Chennai, Mumbai-Nagpur and Chennai-Bengaluru-Mysuru. However, being highly capital intensive, the sanction of any High-Speed Rail Project depends on several factors such as technical feasibility, financial viability and availability of financing options.

Till now, Government has sanctioned Mumbai-Ahmedabad High-Speed Rail (MAHSR) Project with the technical and financial assistance of the Government of Japan. A Special Purpose Vehicle (SPV) namely National High-Speed Rail Corporation Limited (NHSRCL) has been formed to implement this project. This project is targetted for completion by the year 2023. The cost escalation compared to the cost indicated in the Feasibility Study, if any, cannot be ascertained at this stage, as most of the Contract Packages are still to be finalised. As of now, the project is progressing satisfactorily.

These high-speed rail corridors will be built as elevated corridors in keeping with the pattern of habitation and the constraint of land. During Indian Prime Minister Manmohan Singh’s visit to Tokyo in December 2006, Japan assured cooperation to India in creating a high-speed link between New Delhi and Mumbai. In January 2009, the then Railway Minister Lalu Prasad expressed keen interest in introducing bullet-trains in India. “The day is not far off when the bullet train will run in the country” Prasad had said after getting a first-hand feel of the superfast trains travelling from Tokyo to Kyoto at a speed of about 300 km/h On a visit to India in December 2009, Japanese Prime Minister Yukio Hatoyama offered bullet-train technology to India. “Since its inception (in Japan), there have been no accidents. We will like to see this technology being used in India”, said Hatoyama. The proposal is under discussion, according to official sources. The Indian Rail official sources said 2,000 km of the route for the high-speed passenger rail corridor is being planned in the next ten years. Feasibility studies for Pune-Mumbai-Ahmedabad high-speed passenger corridor are nearing completion.

✅ Does India have bullet trains?

✅ Which are the seven routes for Bullet Trains ?

The seven high-speed rail corridors are Delhi to Varanasi via Noida, Agra and Lucknow; Varanasi to Howrah via Patna; Delhi to Ahmedabad via Jaipur and Udaipur; Delhi to Amritsar via Chandigarh, Ludhiana and Jalandhar; Mumbai to Nagpur via Nasik; Mumbai to Hyderabad via Pune and Chennai to Mysore via Bangalore.

✅ Which is fastest train in India?

✅ Which are the Fastest Trains in India?