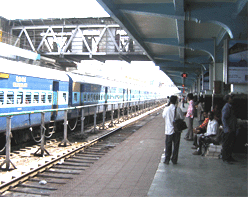 The stations which have been upgraded under the scheme has various upgraded facilities such as drinking water, toilets, waiting rooms, catering services, lights and

so on. The scheme is mainly envisioned to upgrade the quality of the stations in India.

Main features of this scheme are following

Development of stations under ‘Model’ Station Scheme was in vogue from June, 1999 to November, 2008.  Under this scheme, 594 stations were identified for development and all stations have already been developed.

‘Model’ Stations are provided with “Desirable Amenities”, depending upon the category of the station, such as, retiring room, waiting room, public address system/computer based passenger announcement system, electronic train indicator board, water coolers, standardized signages, Pay and Use toilets etc. At present, stations are upgraded under the Adarsh Station Scheme.